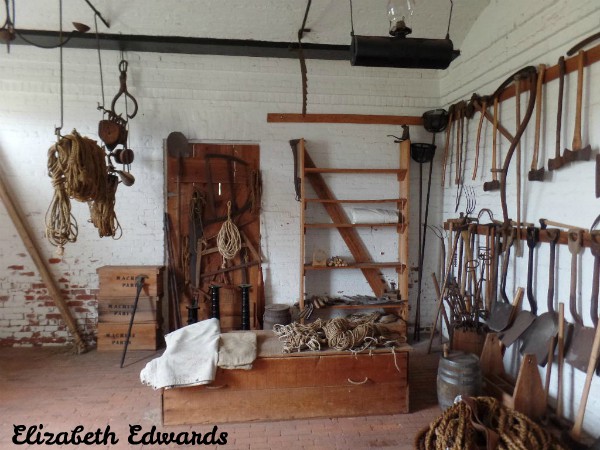 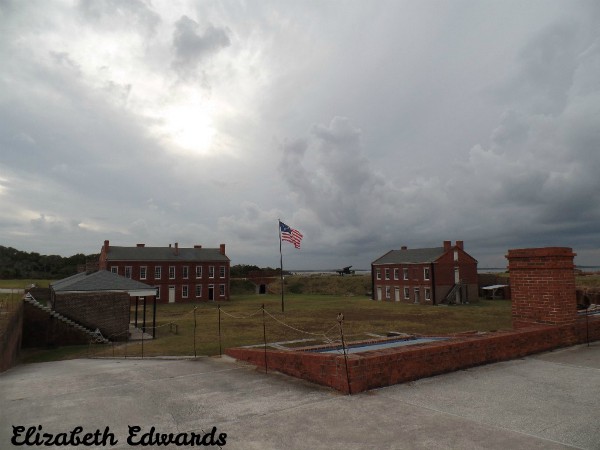 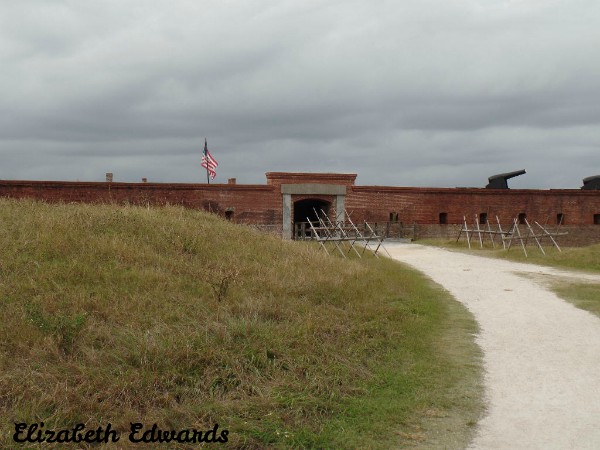 This site was first fortified in 1736 by the Spanish, when they held colonies in Florida. From 1736, various nations to control the territory have garrisoned and fortified this site to protect the entrance to the St. Marys River and Cumberland Sound.
After the end of the Second Seminole War, the United States started construction of a fort, later named Fort Clinch, in 1847. It was part of its Third System of coastal defenses conceived earlier in the century, which guided fortifications throughout this period. The fortified compound is pentagonal in shape, with both inner and outer walls, and consists of almost five million bricks. There are corner bastions and embrasures in the outer walls and several structures in the interior courtyards, including a two-story barracks. The fort was named in honor of General Duncan Lamont Clinch after his death in 1849. General Clinch fought in the War of 1812 and was an important figure in the First and Second Seminole Wars. (info. from Wikipedia ... please go to their website for more info. https://en.wikipedia.org/wiki/Fort_Clinch)

Fort Clinch
(on a sign within their museum before you do walk to the fort, thought it was interesting and wanted to share...)
1898 to Present
Fort Clinch was unoccupied from late 1898 to 1926 when it was offered for public sale by the Federal Government. After passing from owner to owner, the fort was purchased by the State of Florida in 1935. During the next 2 years the Civilian Conservation Corps worked at the fort removing sand and refuse and making repairs and improvements. In 1938, Fort Clinch State Park was opened to the public.
During World War II, Fort Clinch saw it's last military occupation when the Coast Guard, in joint effort with the Army and Navy, maintained a surveillance and communication system within the fort and on the various coastal islands in the area. Part of this operation included the Coast Guard's mounted beach patrol. Guardsmen reported their observations by field telephone which they plugged into jacks installed along the beach for that purpose.

Not sure what it is, what makes me wanna know more about the world, like why I have always enjoyed or do recall trip in school to historical locations more than any other trips, is it a man in uniform, I have no clue? My hubby and I always joke, he worked for McDonald's as a kid, does that count? (humor there folks!!) My Dad was in the Army, the Father-in-Law was in the Navy ...I have grown up loving history, respecting it, it is the past and therefore should be learned from and keep moving forward ...  forts, anything to do with US history ... or history of the world in general, where did we all come from, how did we get to this spot??! ...I may not hold on to those dates, but I enjoy listening and learning. Thank you for stopping by today. Hope you did enjoy your visit. Thank you for your comments and friendship. ENJOY YOUR DAY!! Be Well & Be Blessed!! Beth ( ;
Historical Forts State of FLORIDA State Parks

This N That said…
Interesting post. Very informative. Love the old fort. Can’t imagine what it would’ve been like to live in those days. Hope you are staying warm.
1/29/19, 2:33 PM

Linda said…
Interesting history. The government should keep these places in public hands because of things like needing this in World War II. I know of a number of other parks that served military uses during the war.
1/30/19, 2:24 AM