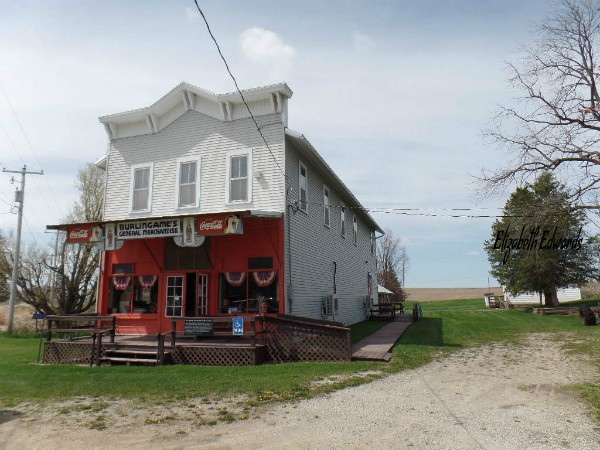 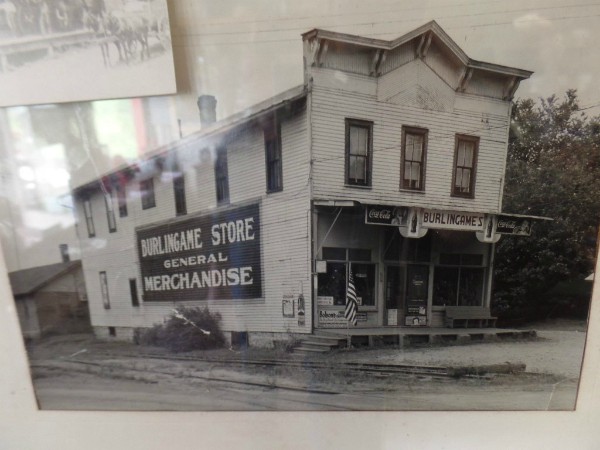 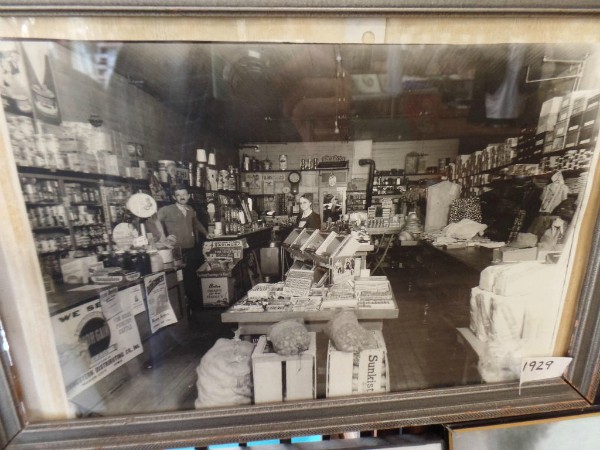 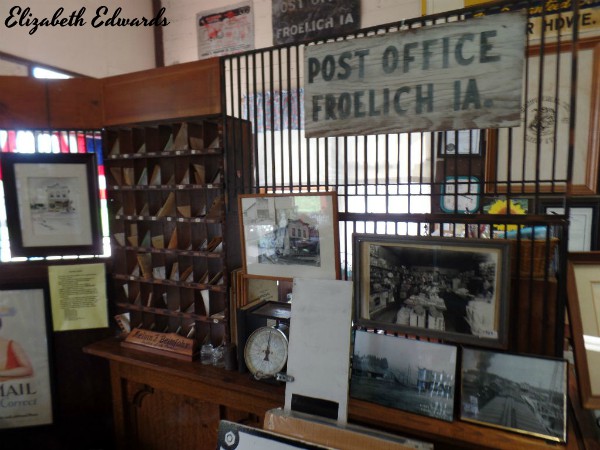 (There is a sign there on the front of that store, this is what that sign does say...)
"The Iron Clad Store & Post Office - This store was built in 1981 by Edwin Froelich, after the previous general store burned down that had been located where the Froelich Monument is currently located. It was called the Iron Clad Store for the exterior was covered with fire-proof steel siding to prevent it from being set on fire by sparks from teh Steam Locomotive Engine and train cars as it parked outside, just west of the store to load and unload freight. When the Grain Elevator and Mill, located to the north of the store burned down, it heated the siding and nails red hot, but did not set the Iron Clad Store on fire. There were many owners over the years. In 1914, Jake Tayek and Alonzo & Mattie (Fett) Burlington were co-owners until the Burlingame's became sole owners from 1932-1968.
The Post Office was located in the store until 1963."

This location was not officially open until the weekend, when we were there, in early May 2019 ...we were leaving Saturday, so we would miss the Grand Opening ...thankfully the lady was super nice and let us peek in a few buildings. She was getting everything in tip top shape, changing light bulbs, getting the power on ... all those sort of things. Hope you did enjoy what we did see. Maybe when you are visiting the area you will get to see all their antiques and collectibles. So amazing. What a collection. Now don't quote me but on the website ...it said it was FREE??!?!? Thank you for stopping by today. Hope you are well. Take Care. Beth ( ;
Post Office State of IOWA

This N That said…
Historic indeed...great pictures..so rural you got to see some of the other buildings..Hope you are having a good weekend..
8/4/19, 1:47 PM

Linda said…
Interesting. Fireproofing is a good idea. My spouse once melted part of our vinyl siding by placing the grill too close to it.
8/5/19, 12:43 AM